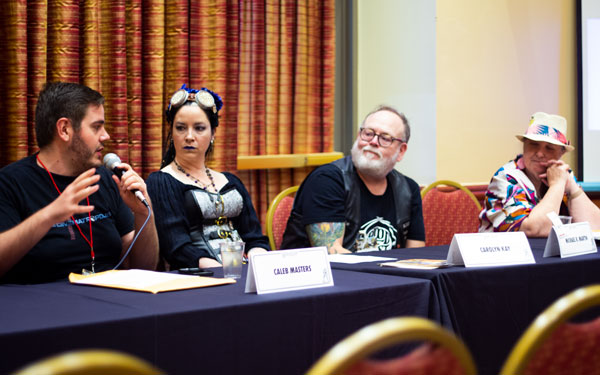 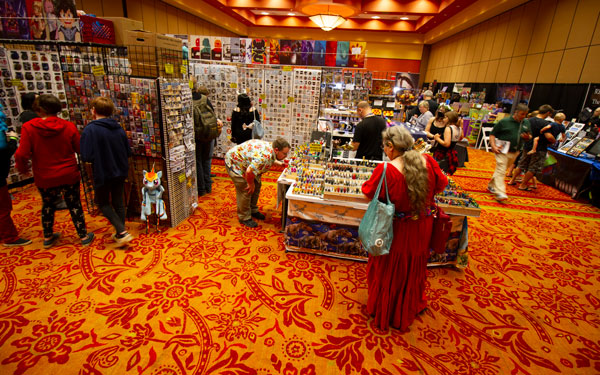 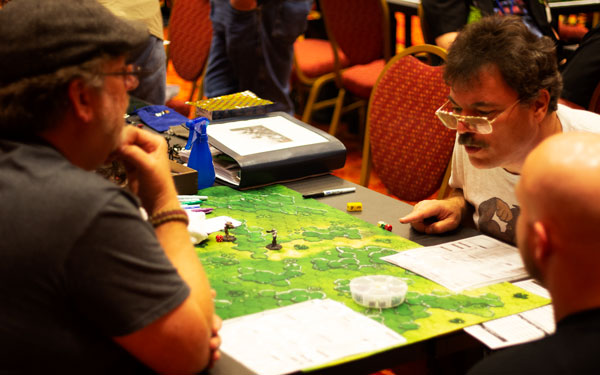 At its inception, SoonerCon was presented by STAR OKC, a science fiction and fantasy fan club which was active from 1971 to 2005. The first SoonerCons were literary-focused, aimed at the then-small sci-fi fandom crowd. The first SoonerCon was held in June 1986. SoonerCon 2 was rushed into existence in November 1986, and subsequent October-November SoonerCons were hosted in various OKC venues through SoonerCon 13 in 1997. SoonerCon 2006 reestablished this tradition, with the endorsement of the original convention organizers. Several past Convention Committee members have returned to serve in SoonerCon’s second incarnation, with over 30 dedicated convention committee staff volunteers serving each year. SoonerCon is a collaborative, 100% volunteer-organized effort backed by the 501(c)3 nonprofit Future Society of Central Oklahoma. The convention brings fans, creative and academic professionals, artists, authors, musicians, small and large businesses, and community members together in Norman, OK each June. SoonerCon draws more than 3,000 attendees and participants. Additionally, charitable giving is a central focus of the convention’s community outreach endeavors, with these contributions from members growing year over year. As pop culture and geek culture have both grown to infuse aspects of sci-fi into daily life, SoonerCon’s scope has broadened beyond its literary roots to include offering science, technology, and arts education programming. At SoonerCon you’ll find discussion, workshops, and live performances spanning film making, STEM, art, writing, gaming, comics, history, pop culture, TV, anime, music, children’s programming, costuming, podcasting, content creation, and much more. There’s always room for another place at the fandom table! Join us.
We use cookies on our website to give you the most relevant experience by remembering your preferences and repeat visits. By clicking “Accept All”, you consent to the use of ALL the cookies. However, you may visit "Cookie Settings" to provide a controlled consent.
Cookie SettingsAccept All
Manage consent