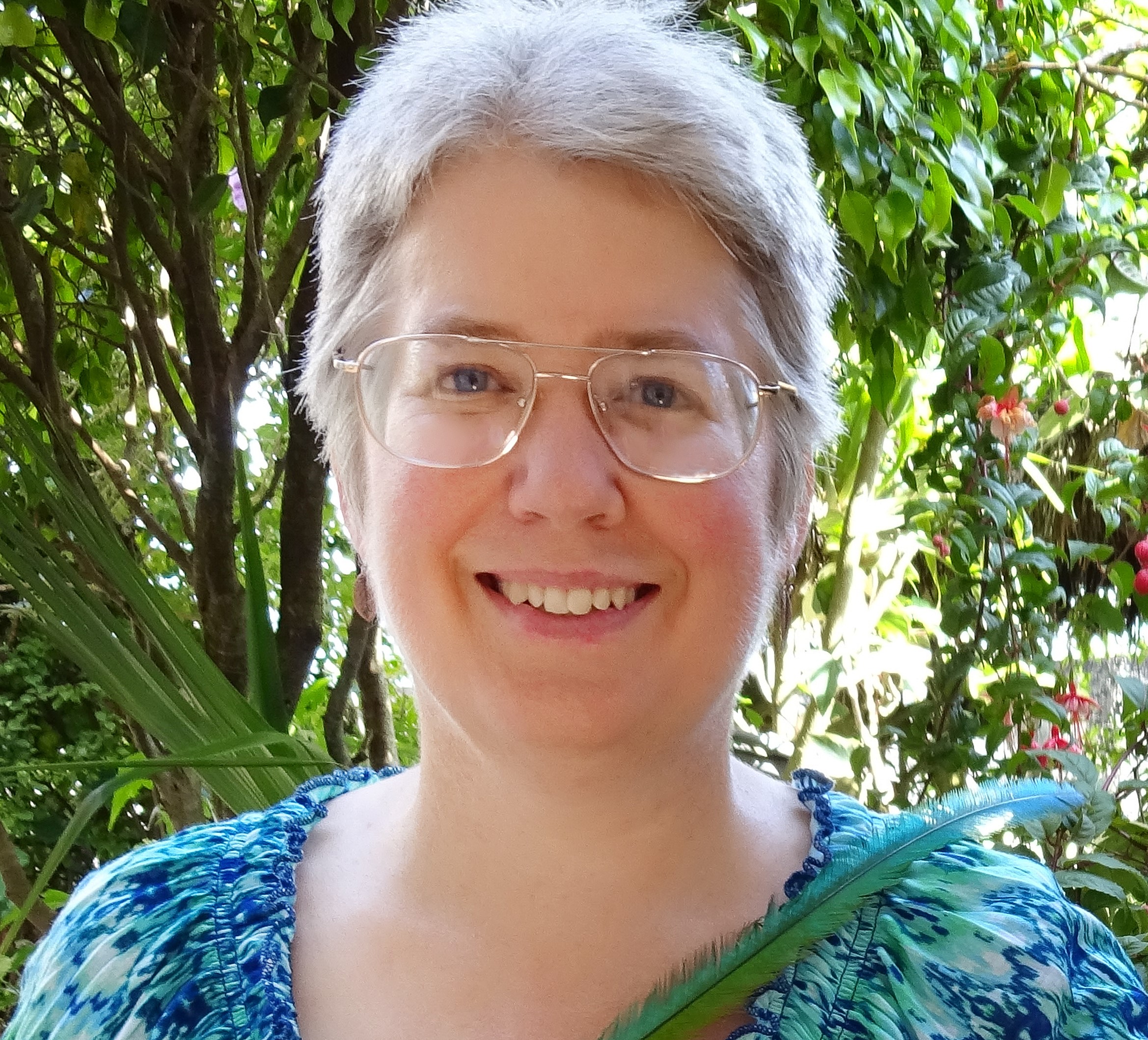 A.C. Smart, aka Barbara Forman, made her first professional sale to the 2001 anthology Bending the Landscape, Volume 3. As she was teaching at an inner-city middle school at the time, she used a pseudonym: Alexi Smart. She continued as A.C. Smart with Havoc and Bellwether, both published by Beneath Ceaseless Skies.

She has since achieved both a Bachelor’s and Master’s in Forensic Anthropology, supplementing previous degrees in biology and psychology. She left behind the up-to-148-hour work weeks (not a typo) required to pay for said degrees, and has settled into a database research position which she enjoys and describes as “working puzzles.” She volunteers at a food bank, attends fossil-club field trips, SCUBA dives, trains cats, and has again taken up the pen. The taphonomy studies in her yard are placed so as not to disturb the neighbors, but the West Virginia Division of Natural Resources has found her queries disconcerting.

Her parents live in Oklahoma, where they homesteaded when the author was a teen. Her trips home are scheduled around both SoonerCon and the Murray County Antique Tractor and Implement Association Fair (September), for which she also volunteers.

Delve into what makes chilling tales so delicious. Purgation? Vicarious punishment? Just a sick psyche? Exactly why do we want to be frightened for entertainment?

Are classic monsters like mummies or vampires being diluted by their many fictional riffs? Or do basic archetypes provide endless springboards for variation?

Reimagining the Hero's Journey for SF

What does a good hero story look like today in spec fic? High tech, low tech, otherworldly and fantastic settings aside, how has the hero's journey changed in 2022? What stories need telling now? What's it mean to be a hero, anyway?

Survey the behavior of those caught up in societal panics. Examples are the Red Scare, (fictional) child-abuse rings, Satanic panic and D&D, mad gassers, and such. Must a group define itself by defining and condemning an Other, even if the Other ain’t there?