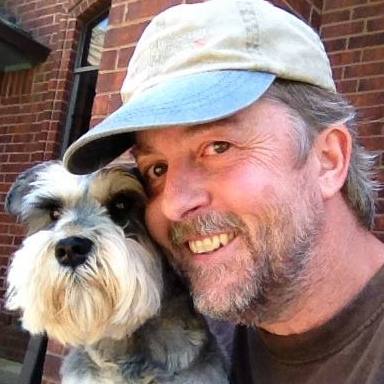 Brian A. Hopkins began his professional writing career in 1990. BAH, as he’s often called, has won four Bram Stoker Awards and been a finalist for the Nebula Award, the Ted Sturgeon Memorial Award, and the International Horror Guild (IHG) Award. He’s lived in Oklahoma City since 1983 and recently retired from a 35-year civil-service career where he managed a thousand-person software-development organization. Now that he’s retired, you’d think he’d be doing more writing, but he wastes far too much time on Facebook, playing with his dogs, collecting and practicing with shiny steel toys that go boom or slice, and keeping what he calls “The Great Recycler” at bay. “Old age,” he’d be quick to tell you, “sucks donkey ass.” Primarily a writer of short stories, BAH’s work can be found in his collections These I Know by Heart, Salt Water Tears, Phoenix, Road’s End and Other Fantasies, and Escape Velocities.

Intro to the Business of Writing

Agents, books deals, rights, contracts, beta readers ... where does a new writer get started? What are common first-timer publishing pitfalls? Is your story even sellable?

Beyond Libraries and Google: Practical Research Techniques for Writers

There are many ways to research for a story. Certainly, a strong Google-fu is needed, but what other research resources and hands-on practicums are available for writers?

Before and After the Plague

Or, COVID-19 as a taste of apocalypse. How has it changed how we communicate, work, innovate, and live? What's the state of human society, and the things we've taken for granted in our post-pandemic world? What's getting better?

Talk about “a wish to build a dream on”! From Edward Bellamy's prediction of the credit card to Clarke's projection of communications satellites, we survey how imagined tech in science fiction has influenced the world.

According to the 2022 World Economic Forum's Global Risks Report, climate change is THE greatest global threat today. Speculative fiction is uniquely suited to explore these issues. From the wry satirical allegory of Don't Look Up, to Solarpunk futures, to biodiversity and ecosystem loss, natural disasters, survivalism, and what hope the future holds, how can we explore climate change in our specific media?