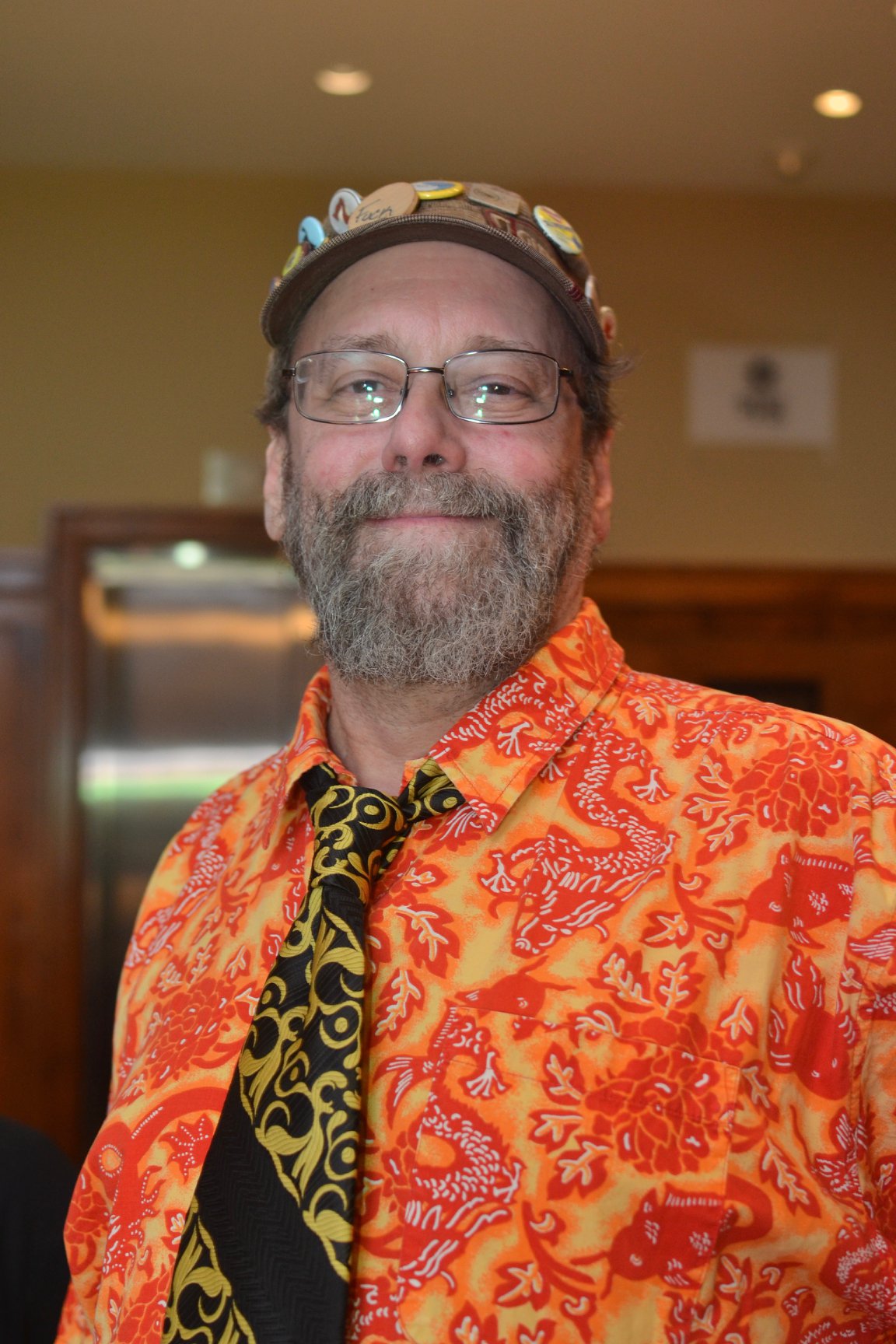 Murray. Dr. Paisley. Obi-Wan Chernobyl. Dances with Habaneros. Once again, SoonerCon will be blessed by the presence of the man who created “Klingon-Smurf Wrestling Slash,” and coined the phrase “Gang Pon Farr,” among his many dubious accomplishments. You will know him by his bleeding (as in your eyeballs)-edge fashion sense; love of craft beer, whisk(e)y, and cigars; eclectic taste in music and literature; and puns.

Over a 40+ year fannish career, Murray has rubbed multiple zines; served as production manager and contributor to the thrice-Hugo finalist review zine Tangent; designed two Worldcon souvenir books (Montréal and Kansas City) and a pair of World Fantasy Con books (oddly enough, Montréal and for 2023, Kansas City). He also chaired a convention. Once. (Sometimes he learns.)

Murray has a nigh-fetishistic interest in prime numbers, which he puts to good use at art and charity auctions, providing both entertainment and a learning experience for the audience. He resides in Kansas City, MO, with his wives Margene and Paula, and the obligatory cat, Yum! That’s her name, complete with the bang. Her brother was named Siegfried.

Survey the behavior of those caught up in societal panics. Examples are the Red Scare, (fictional) child-abuse rings, Satanic panic and D&D, mad gassers, and such. Must a group define itself by defining and condemning an Other, even if the Other ain’t there?