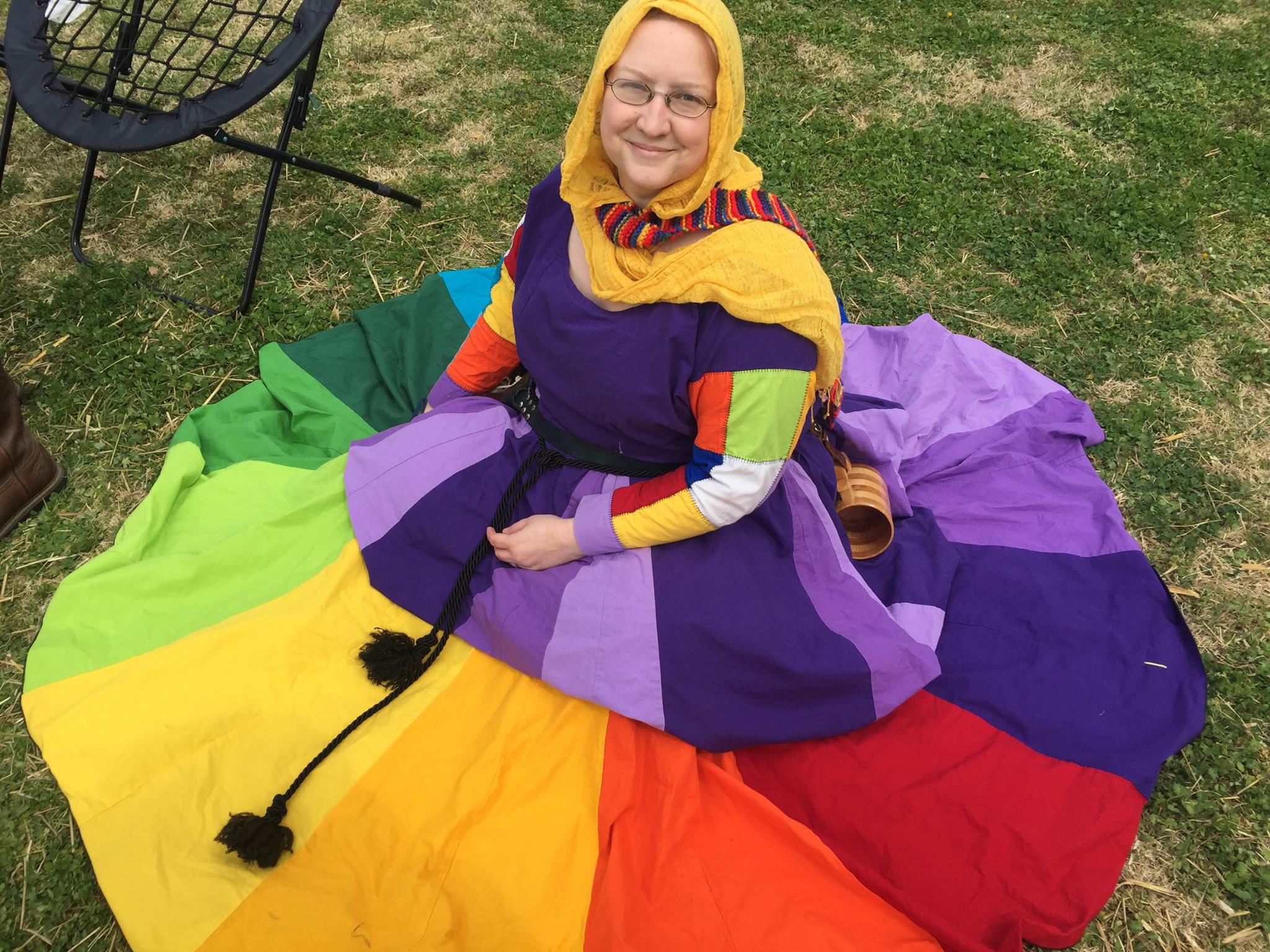 Leslie has been sewing for 40(!)-ish years, performing and costuming for the Medieval Fair of Norman since 2005, and working at Bernina OKC for 13 years. Her primary sewing is costuming, mostly medieval and a little on the motley side. She was raised by sci-fi & fantasy lovers who helped warp her towards an early love of Dr. Who, Stars - both Trek and Wars, as well as early fears of Daleks and Cylons. Ultimately this led her to fill her life with similarly strange folks who like to gather together dressed in funny outfits.