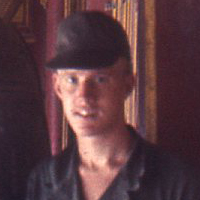 Teddy Harvia is an anagram of David Thayer. Teddy is an award-winning cartoonist who has been creating art for publication since 1967. He has had scores of cartoons published in fanzines and convention publications and a few in newspapers and professional journals. His best-known characters are the cute alien WingNuts, but he has also drawn anthropomorphic squids, echidnas, sabertooths, opuntia, stars, flamingos, BEMs, spots, and robots. David was Head of Publications for LoneStarCon2 and co-chair for the ConCancun WorldCon bid. He lives with his wife Diana and a small tribe of felines in Dallas, TX.

Unicorns and griffins and dragons – oh my! Learn simple design and illustration techniques to bring your favorite mythological creatures to life on paper and screen.

Bring your coloring book and colored pencils or markers, and join us for hang times hotel side. We'll offer some tips and techniques for a cleaner or messier look while you relax and color.

Kids choose raw components from a list of story elements to assemble their own Heroic Journey. (Adults welcome too. Limit 14 participants.)

How the Little Dragon Got So Big in Art

Dragons in early art tended to be smaller than a horse. Today's dragons are mighty and massive. What caused dragon inflation? An open discussion about the size discrepancies of dragons in art.