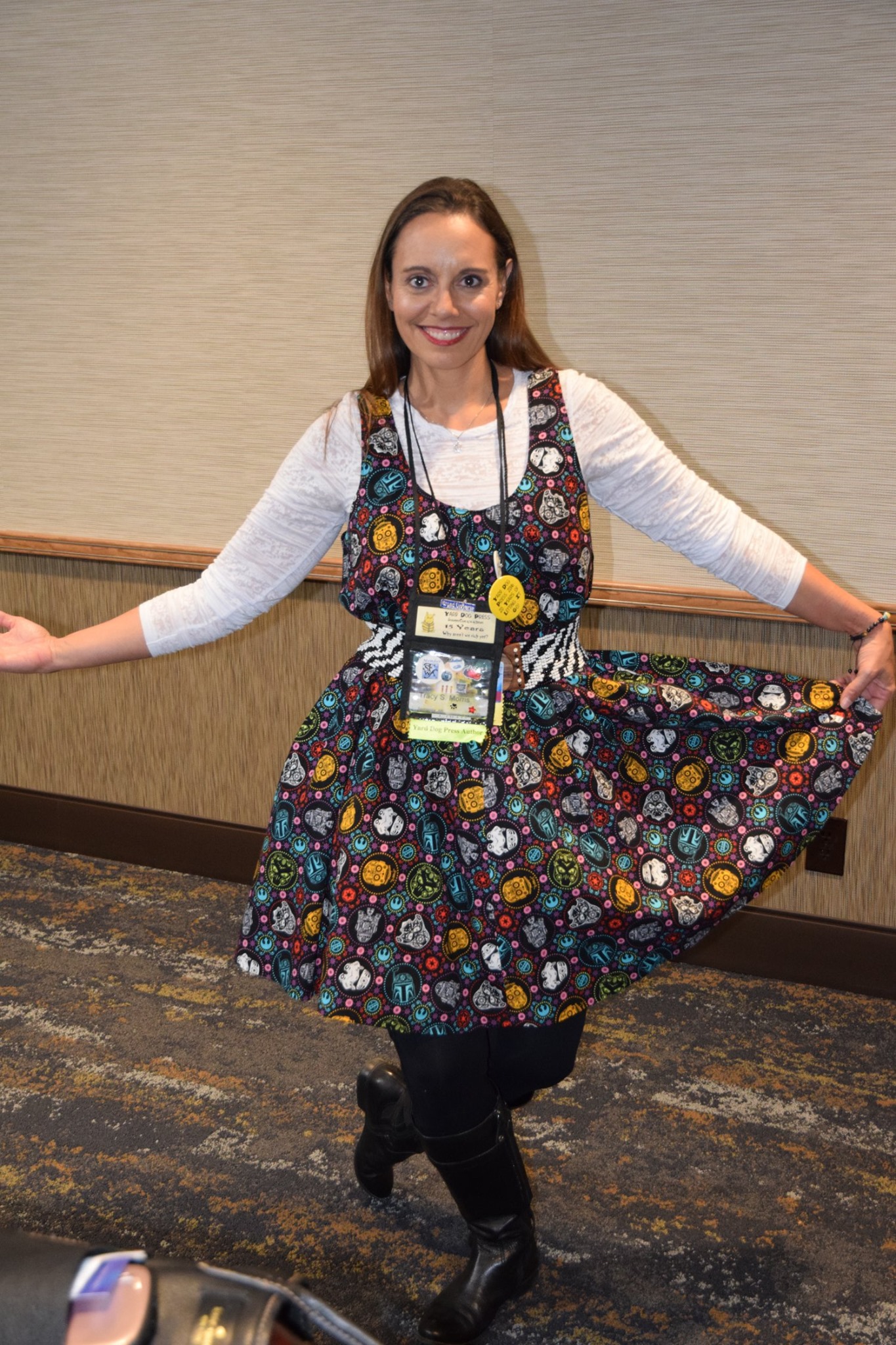 When Tracy S. Morris was four years old, she wrote her first “novel” in crayon on the back of a newspaper and gave it to the postman, along with an antique silver dollar so that someone could turn it into a novel. She is still waiting to hear back from her publisher.

She lives in Springdale, Arkansas with her husband, two kids and floof dog (aka Pupperweight). The dog is in charge.

Is Your Social Media Managing You?

Join us with your beverage(s) of choice in hand as intrepid writers lay on their best purple prose to create titles and openings for the Worst Book Ever, hosted by Larry "Dr. Trek" Nemecek! (Max occupancy 30 at one time.)

Since the earliest times, we have experienced the world and shared that experience by creating works of art. New ideas emerge from creative expression. Examine this symbiotic journey, as how art eventually becomes reality and vice versa.

Perhaps Star Wars was always destined for TV. In such an expansive universe of media tie-ins, why not? First The Mandalorian, then, uh, The Book of Boba Fett, then Obi-Wan Kenobi, then Andor. Are the possibilities truly endless, or will we need more feature films to sate our cravings for the onscreen stories from a galaxy far, far away?

How to Turn Fandom into Your Job

There's money to be made in being a geek artist/maker/writer etc., if you can turn your passion into your profession. Join our panelists as they discuss tips, tricks, and how-tos on how to turn your interests into income.