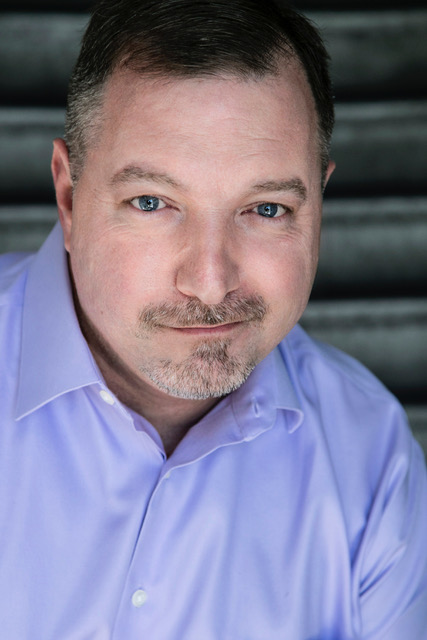 According to Anime News Network, John Swasey is the most prolific male voice actor in North America, with more roles and titles under his belt than any other. John started down the road of anime in 1997 when he landed his first role in Golden Boy from ADV Films. Since then, John has gone on to voice hundreds of shows and characters with ADV Films, Funimation, and Illumitoon.

Being a character-actor type has given John the freedom to voice bazillions of characters such as Gendo in Evangelion; All for One in My Hero Academia; Undertaker in Black Butler; Hohenheim in Fullmetal Alchemist: Brotherhood; The Beast in The Boy and the Beast; Bols in Akame Ga Kill; the Captain in Halo Legends (OAV); Lord Death in Soul Eater; Salvador in Borderlands 2 and 3; Dodoria in Dragon Ball Z Kai; Senzaemon in Food Wars; Hades in Fairy Tale; Leif Erikson in Vinland Saga; Kogoro in Sgt. Frog; Huang in Darker than Black; Volcan in Sorcerous Stabber Orphen; Ken in Kaleido Star; Captain Ahab in Hakugei: The Legend of the Moby Dick; Rikudoh in RahXephon; Karl Haushofer in Fullmetal Alchemist; Sir Crocodile in One Piece; and Mister in Coyote Ragtime Show. He also has roles in the live-action films 2009: Lost Memories, Conduct Zero, Yesterday, Jungle Juice, and the Gamera trilogy.

In 2004, John jumped to the other side of the mic to direct. Some of the shows he has directed include Welcome to the N.H.K., Air Gear, Wandaba Style, Saint Seiya, Shadow Skill, E’s Otherwise, Michel, Jinki: Extend, and co-directed Shinobi. John loves working in the world of anime as a director and voice actor!

John voiced the evil villain General Disdain in the animated 2013 feature Last Flight of the Champion. In addition to anime, John has voiced thousands of radio and tv commercials— even a few films. But the coolest acting job was the Beer Delivery Guy in Dazed and Confused.

Buy Membership
We use cookies on our website to give you the most relevant experience by remembering your preferences and repeat visits. By clicking “Accept”, you consent to the use of ALL the cookies.
Do not sell my personal information.
Cookie SettingsAccept
Manage consent